Home Blog Strategy Games To Look After in 2019

Strategy Games To Look After in 2019 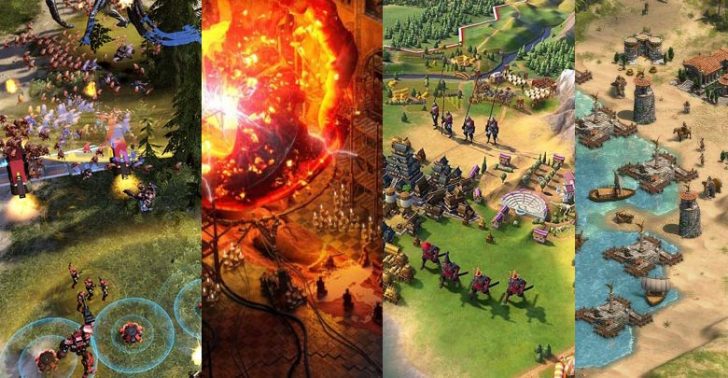 If you are a fan of PC and Video Gaming you may want to pay attention to new items coming up! We found new strategies we are looking forward to, and thought about sharing it with you! Let us know which are your favs.

There are many releases upon us and new stories are something to look forward to regardless if you are a single player or doing multiplayer against your friends.

We are sure you have your favorite category, so there are many choices upon you. Many of these games will for sure give you a great gaming experience.

First of all, did you see the trailer? This game was first released in 1993 so you may see the similarity in all parts, and that it focuses on the ancient world.

This amazing game offers a grand-strategy experience and it is pretty similar to the upcoming Imperator: Rome. We don’t know, but it sounds pretty exciting to lead an ancient empire through a tumultuous period, and this all comes after the empire of Alexander the Great collapses.

War is decided not just by battles though, but also clever manoeuvres. Simultaneous (WEGO) turn resolution means thinking ahead to intercept – or to escape! – enemy armies will be essential. Field of Glory: Empires offers a living world where every decision has an impact on every actor.

taken from the game’s product page

Rome is still a republic at the time, and no one is following the ‘WEGO’ principle of terms which are resolved simultaneously. The key trick is to integrate the in-game battle system with the turn-based tactical war game which is Field of Glory II.

The Total Wars series is definitely one of the biggest strategies and this one is not going to dissapoint us because The Creative Assembly has continuously been bringing high unit count. The detailed military command is fascinating as it dips a little bit into the territory of Dynasty Warriors only to mine one of the greatest supplies of the national-level drama, and empire building at the largest scale.

There are 12 unique warlords, and all of them have individual histories and stories in general. The player can choose from 12 of them to conquer ancient China. The motivation is to dominate the enemy on all fronts, technological, political, military and economic.

This is definitely one of our favorites and the release date is April 16th. As you may know this is a real-time strategy video game and the story is really complex, and a solid concept merged with a solid execution. What is great about this game is that it lets the player decide how to steer between competing and compelling desirable outcomes.

The graphics are amazing and people are really excited about the depth of the strategic decision-making which the player has to go for in order to accomplish the goal.

You can also preorder the game, but for now, we found something free 🙂 It is a chrome extension with cool Anno 1800 Wallpapers for your browser

The Warcraft games are definitely one of the most well received games in the history of gaming industry. This part really establishes the game and it actually provided a platform on which new games can be created.

The thing that connects all the games is that the gameplay hasn’t changed and there are 62 missions available in all the campaigns, and the night elves, orcs, humans, the undead are all there.

Warcraft III’s formula of hero-centric real-time strategy is easy to learn but difficult to master. Gather resources, build a base, and assemble an army. Recruit powerful heroes to lead your forces, then meet your foes in battle. Destroy the enemy base to win the game!