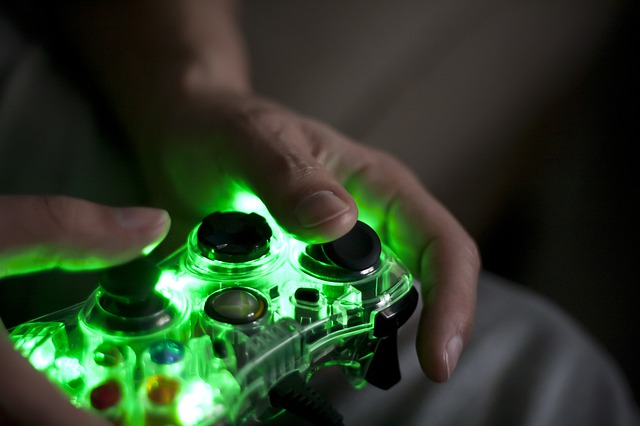 Does this sound ideal to you? Well, we might have some interesting things to add here. You might think that we only think about the brain, but no, but no, we also think about body.

Modern computer games are being considered as a good tool to keep the body fit? Well, it does, and for the brain, it does extra.

Special Health Report from Harvard Medical School, says that people who play computer games, and games on PS or Xbox are better at tasks they practice while playing. So, skills acquired during playing certain types of games can be mirrored in real life, but the overall brain skills, such as memory, attention and the ability to navigate is not so much of a plus.

If you are a foreigner, the language part will also be a huge plus for you, since you will be learning interesting words every day.

Here is one study:

” A 2010 study published in the journal Nature included 11,430 men and women between the ages of 18 and 60 who were randomly assigned to one of three online brain exercise programs. One focused on reasoning, planning, and . Another focused on broader tasks of memory, attention, mathematics, and other skills. The third (the control) involved searching online for answers to obscure questions. After six weeks, people in the first and second groups boosted their scores on their assigned brain-training exercises. But they showed no improvement (compared with the control group) when they repeated several general memory and thinking skills testing that had been done at the start.

An earlier study, sponsored by Posit Science, the company that created the popular Brain Fitness Program, used standard memory tests to assess 487 people over age 65. Half were then assigned to complete the program’s 40 hour-long sessions. The other half—the control group—watched educational DVDs and were quizzed on the material. The software users boosted their memory and attention scores more than the control group. But the self-reported improvement in everyday situations was fairly similar: 48% for the Brain Fitness group versus 40% for the controls.”

Wait, Games CAN Help with Memory

On the other hand, there are studies that say that playing computer games can improve memory and sustain your attention skills.

Cognitive functioning usually becomes diminished or starts to decline with age, and research says that it is because the relations between the brain cells are slowly shifting or changing. But there is a way to keep your and active which will result in improving your health. So another research, this time it is University of California, San Francisco, started a project where they developed a distinctive 3D race car videogame named NeuroRacer that tested the player’s capacity to watch out for a certain type of road sign while racing. The 2013 study said that seniors that played this game for 12 hours within a one month period, out-performed young adults played the game for the first time. Moreover, the players’ new skill wasn’t lost with time, and the seniors were equally good at the game six months after. This has proven that videogames can keep the brain active and improve some skills and cognitive functions (for example, memory) and the capacity to pay attention for a longer period of time.

Older adults might find themselves a mood boost while playing video/computer games. There was a study in 2010 which was presented in the Gerontological Society of America’s Annual Scientific Meeting, and the research said that seniors who played Nintendo for one hour every week were in a more positive mood and had fewer feelings related to loneliness, in comparison to seniors who watched television for the same amount of time.

Another study in 2010 done by the University of California, San Diego School of Medicine said that one third of participants which played a game on the Wii reported a 50 % or more decrease in depression symptoms.

Now For The Physical Part

We heard about many who gained weight and developed spine problems with all the sitting and playing games. Well, this is inevitable if you are going to exaggerate. There should be no exaggeration in any type of activities and all will be good.

Even though it might seem like a more skeletal or muscular dilemma, staying and walking upright is affected by your own brain health. Another study in 2013 done by the University of Illinois, Chicago discovered that seniors that played computer/video games had improved balance and had and an improved gait, better than the people who didn’t play.

The video games used in the study were focused on improving memory, decision making and spatial navigation. The older adults which played the games, the brain-training games could stand up and walk faster in comparison to the control subjects in the study, which also reduces the chance of falling or getting injured.

Other Than Games Here is What Can Help